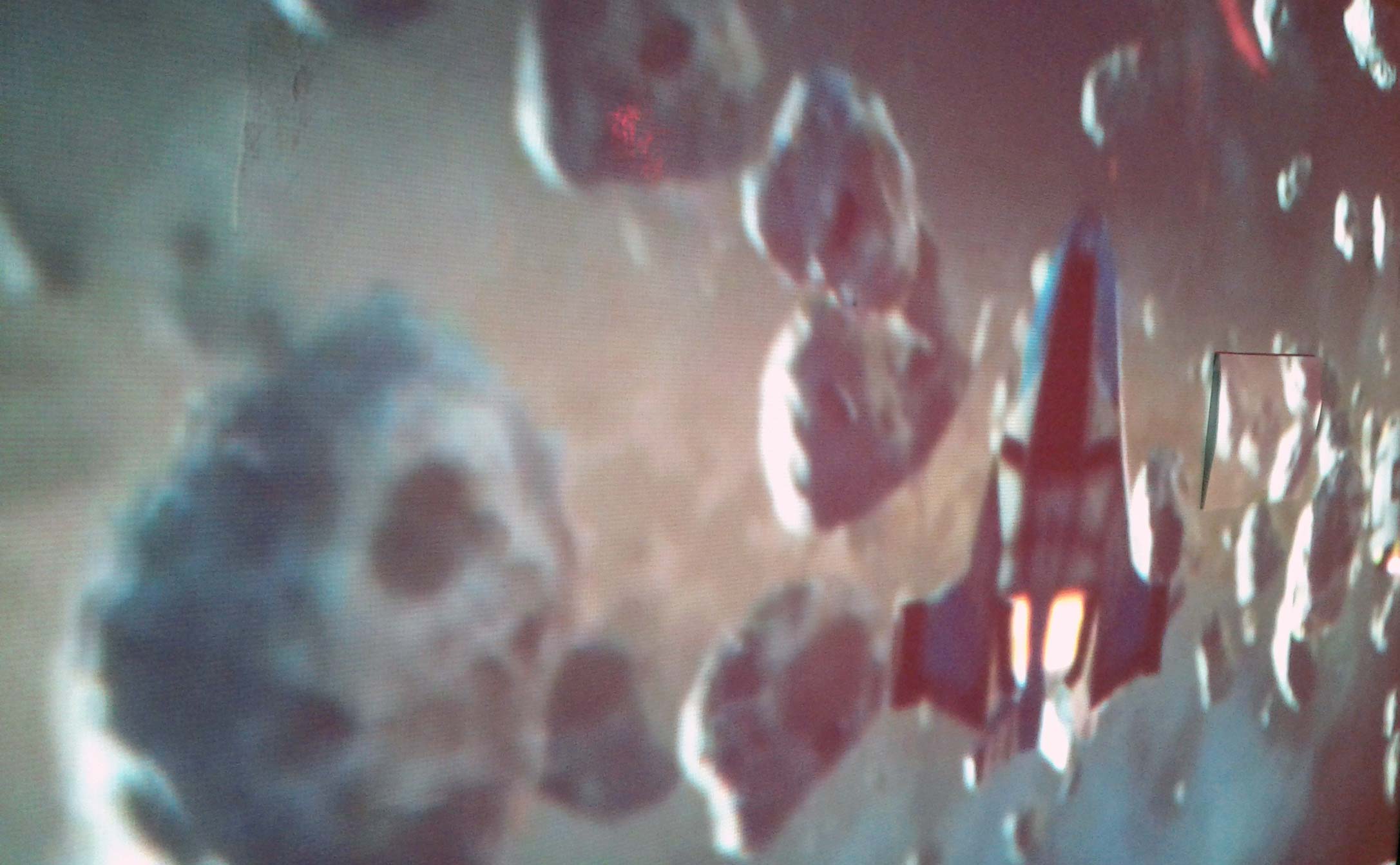 In case you missed it here’s the copy ‘n’ paste of an interview we did with TruePCGaming.com. You can find the original post here.

Please tell us a little bit about yourself and your role with the development of Astroids.

I am Nemanja Bondžulić the head of Industry Entertainment which a small independent game development studio based in Belgrade, in Serbia. I created several games in the past, best known ones are Monsta, Master Kick, Table Football XL and Jack BBQ. With this new game Astroids, for the first time I’m taking care of everything else on the game but programming.

Programming is reserved for Igor Jerković, who is the lead developer on this game.

How did you get started in developing PC games?

We have years of experience with development on many different platforms but so far we have focused on mobile platforms primarily, back in the days we started with PalmOS and supported almost all popular mobile platforms till today. The decision to release Astroids initially for PC is a business driven decision.

Where did the idea for Astroids come from?

The idea came straight from cosmos.

What are some of the successes and failures you learned from in developing Astroids?

In its current form, how close is Astroids to your initial vision?

It is surprisingly close. It’s a combination of luck, I guess, and careful steering to right direction.

Some devs admitted their games were too hard upon release because they became experts as they developed the game.  Talk about setting the difficulty levels for Astroids and if you faced a similar challenge.

It’s a true story. First complains we got with early builds of the game were that it’s too hard. And it was something to be expected as only testing was done by me during development of basic gameplay. We ended with shifting what was start of the game, difficulty wise, to the middle of the game and filling in with less challenging gameplay allowing player to learn and practice his way up to “the real deal”.

Were there any challenges you faced in ensuring Astroids would run on the various PC system configurations?

Astroids is not especially demanding game. We didn’t have any CPU or memory related issues, as any PC in last few years can handle it with ease. However, on graphics side things weren’t that smooth. Astroids feature beautiful scenery and lots of effects on screen, and game can be tasking on low-end GPUs at times, depending on visual settings. Having three different vendors (AMD, Intel & nVidia) with many GPUs and driver versions is something that can be hard to deal with when you are working with in-house engine. OpenGL drivers are much better that few years back, but some thing still can cause you trouble now and then. Testing on wide range of hardware through all phases of development is really the best way to deal with it.

Please talk about developing the art style, level design and music for Astroids.

Astroids is very atmospheric game. Each level is created with distinctive “mood” in mind, with lighting and color chosen carefully. Art is backed with tech. For example, we have high quality dust/fog shading with light scattering to set overall color of background elements and give depth to scene. Our Space is not black, vast and sterile; it’s dark but colorful and vibrant, tightly packed and visceral. I feel we are more comic book influenced rather than, lets say, movies or other games. We are not trying to emulate comic book look, it’s very obvious, but some of scene compositions, color use and themes are closer to comics than movies. Work of Moebius, Incal for example, comes in mind. Or paintings of Chris Foss. Colorful.

We are experimenting with dynamic, procedural, noise based, ambient music, with occasional music themes. Audio would support visuals and follow gameplay. It’s still in development, so I can’t really say will it make in final game. But I find it very interesting to have music that acts in similar way as in music/rhythm based games.

Outside of creating the game itself, what is the toughest aspect of being an indie developer?

Getting the word about the game out, so marketing and PR, is probably the toughest aspect for us at the moment. Part of the reason for that is that we didn’t care enough about marketing before, but we have figured out it’s quite crucial now.

How did you go about funding Astroids and did you receive financial or emotional support from friends and family?

We have received a little bit of love and we were able to bootstrap so far. However the game is available for pre-ordering on our web site, thus early game buyers can support us and in return they will receive alpha and beta builds of the game. We are also thinking about crowdfunding the game production at one moment – that may help us speed up the development and increase the quality even further.

Tell us about the process of submitting Astroids to the various digital distribution platforms and if you encountered resistance in doing so.

We don’t expect issues in this area, perhaps naively, and we will use any distribution platform we think it make sense. Steam is certainly one of them.

Did you research similar titles when trying to come up with the launch price?

Sure, I think everybody does that.

Can you tell us why you chose to release a demo for Astroids?

Having a demo is important in two ways. First, developing for PC means having a lot of different hardware and software configurations. Being a small dev team it’s impossible for us to test each and every combination. Feedback from (an early) demo will help us fix any bugs left and add some final touch of polish to the game. Second, having a demo is, I think, still a best way for player to get real taste of the game. Sure, having just a small part to try can’t match whole experience. But it is a DEMO, not full game and it’s closest you can get to it without spending some money. So in the end, it’s all about feedback.

How important is it to get instant feedback about Astroids from users through online message boards and other social networking sites?

User opinions are important. Customer is not always right, but when is, and you know it, you should be doing something about it. Most of the feedback might end being similar to viewers cheering and waving around the track. It’s not really helpful but they are on your side and you seem to be on the right path.

How much value do you place on the opinions of those who review Astroids professionally?

Not too much. Gamers (users) and their opinions are more important. Trouble is, how much value do gamers place on the opinions of professional reviewers? I’m not sure how important it is. Sure, bunch of low score reviews would hurt the game, but that probably means you’re game isn’t exactly great.

How do you feel about the various indie bundle promotions and the “Pay What You Want” pricing methodology? Would you be interested in contributing to a project like that in the future?

It is certainly a good thing for the gamers and the distribution portals that offer those promotions. It’s also a good thing for developers, especially in terms of promotion they may get this way. Games prices went down last few years, but many more games are being sold nowadays, plus a typical player spends less time playing single game – because he has many more games now, etc. The market is evolving and it’s a good thing.

We will certainly take part at some point in the promotion like that and we have already been invited to take part in the features sales on some portals.

What are your thoughts on how the PC gaming industry as a whole are dealing with the problem of intrusive DRM and piracy?

I don’t have anything against DRM and anti-piracy measures. But sometime companies simply over do it and they even turn down the users who are legitimate. So, it is always a question of balance and those measures should be there to keep honest people honest.

How do you feel about individuals posting videos and receiving monetization of Astroids?

I don’t have any problems with that. If we can reach wider audience and more potential players of our game this way, than it’s actually a good thing. It’s similar to piracy: it would be nice if more people would actually buy your game, but in the end, all it means is that you did a good job and created something people like to play.

How do you feel about DLC and its current implementation in the PC gaming industry?

I think that often it is a way to charge players more while basically delivering same amount of content. I’m referring to big-budget, AAA games. Episodic content is something I find interesting, especially when you are small team.

How do you feel about the online modding community in general and specifically if mods were created for Astroids?

Many great games started as mods. Modding community is important and having your game modded can widen the audience and prolong your game’s life. At this moment on our development journey, I can’t say will we have support for custom mods.

What advice would you give up-and-coming indie PC developers who are trying to break into the business?

Start small. Do few things but do them well. Polish.