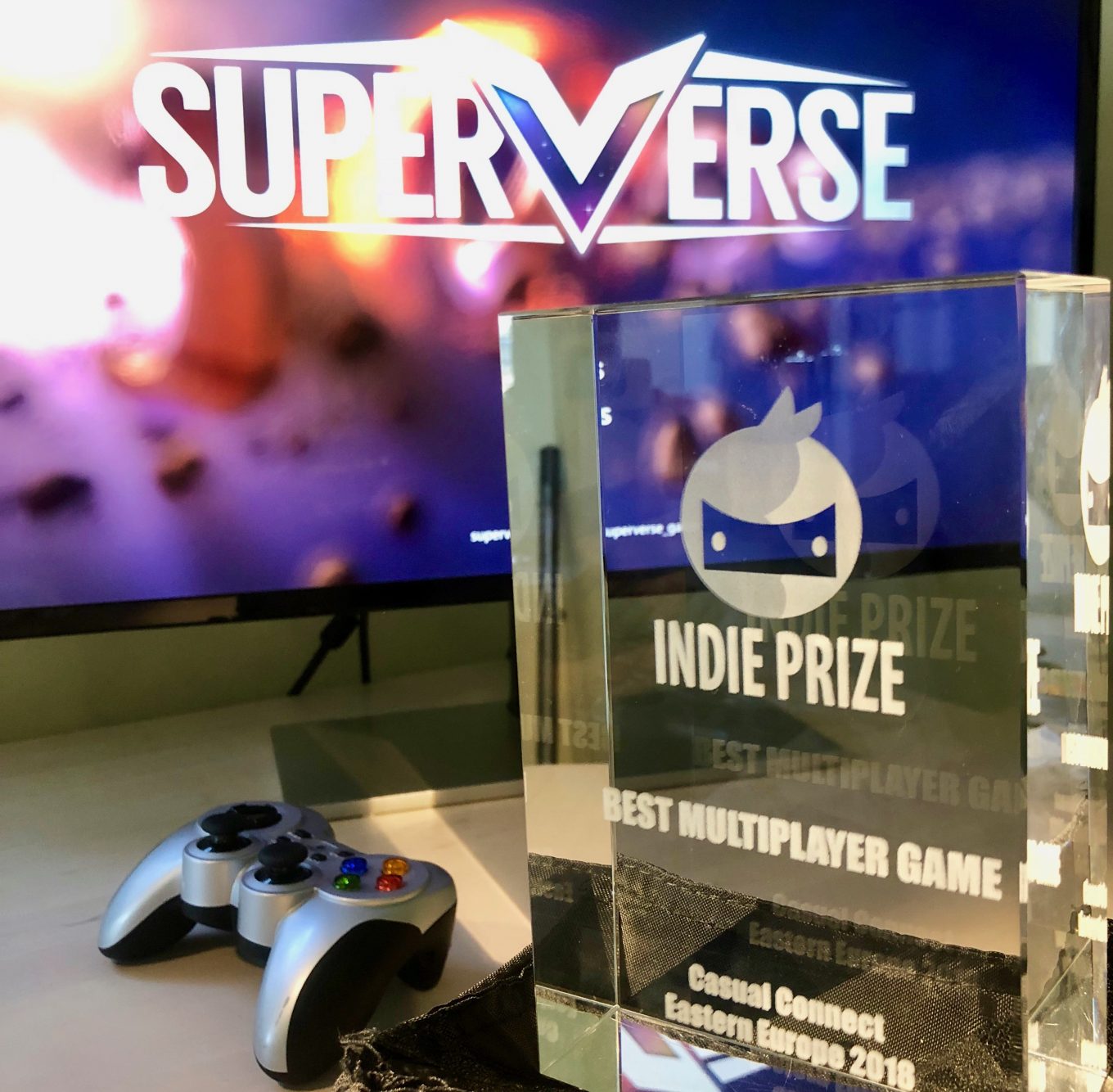 was also nominated as the game with Best Audio at the same event.

SUPERVERSE is a fast-paced 3D arcade space game that is taking the player to an exploration of ancient network of unique “pocket” universes interconnected by wormhole super-highways in a search of a way to return to past and prevent destruction of his home world.

The game puts the  in the distant future, into the role of artificial intelligence (AI) controlled spaceship. No humans have survived the conflict of  fractions of robots. Player’s mission is to fight his way back through the space-time  across multiple universes way back to the point before the last human populated planet was destroyed.

Superverse Industries are the experts specialized in the domain of real-time audio-visual effects, video games experiences. It’s been the first Serbian game development company that created games for mobile devices and published 6 games since 2002.